RCA: CRE Not Out Of The Woods Yet 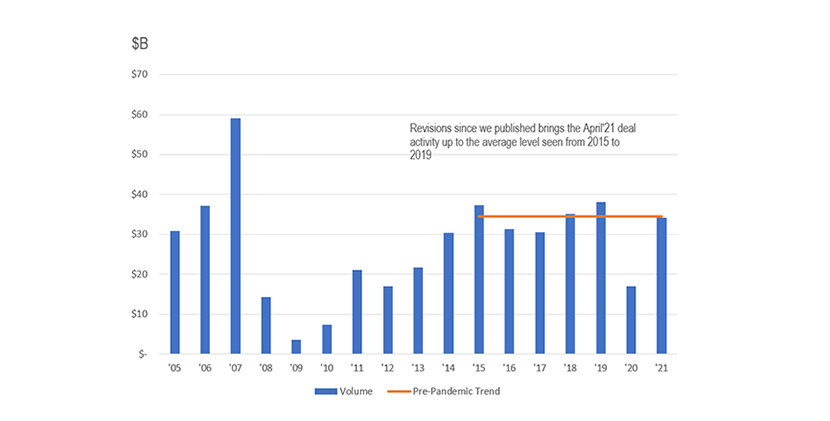 Just one year ago, the CRE market stood on the precipice of the unknown, Costello said. “The global economy froze as workers were sent home; commercial property deal volume cratered as investors were hesitant and the mechanics of completing deals faced challenges,” he said.

Last year’s sudden volume contraction will make year-over-year comparisons difficult for the next few months, Costello said. “Looking instead at the level of deal activity relative to trends before the pandemic can paint a clearer picture about the state of the market. We now see deal activity for April at about the same levels as that seen on average from 2015 to 2019,” he said.

Some sectors stood out in volume terms, Costello said. Industrial sector investment activity was 17 percent higher for the month than the average pace for April between 2015 and 2019. And the apartment sector saw deal volume nearly bounce back to pre-pandemic levels.

“For other property sectors though, deal volume is still well below the levels seen in the five years before the pandemic,” Costello said, noting potential buyers are still cautious about the ongoing economic challenges from the pandemic and current owners are generally hesitant to sell at prices that would provide enough of a discount to address the buyer caution. “Until one of these groups blinks, deal volume is likely to remain muted,” he said.