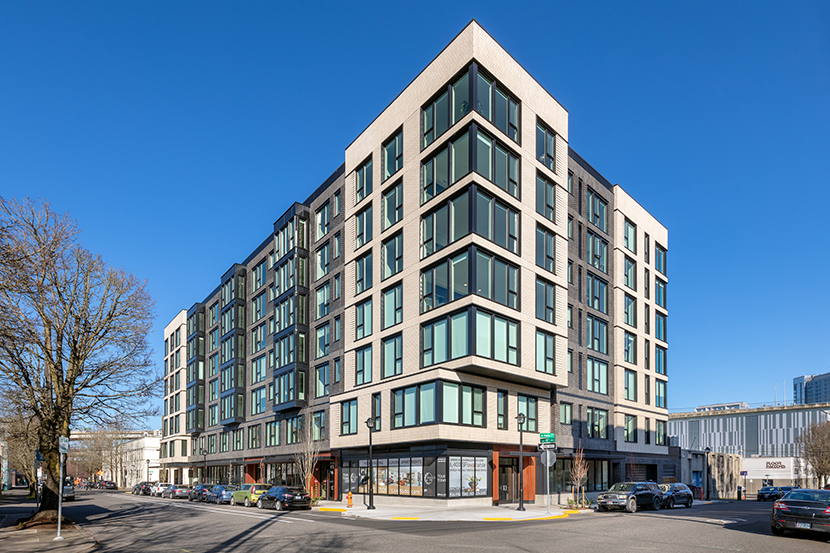 In the largest of the three separate financings, Mesa West provided $85.2 million to a joint venture between JDL, Harlem Irving Cos. and funds managed by an institutional real estate manager allowing them to refinance Eight Eleven Uptown, a 27-story residential tower in Chicago’s Uptown neighborhood. Brought to market in 2019 by JDL, the property at 811 W. Agatite Avenue includes 273 studio, one-, two- and three-bedroom multifamily units and eight fully leased townhomes. Peter Rubi Fresh Produce leases 21,000 of the 30,000 square feet of street-level retail space to operate an on-site grocery, which will open later this year.

“Leasing velocity at the property was brisk prior to the onset of the pandemic,” said Mesa West Capital Executive Director Matthew Sndyer, who originated the four-year floating-rate financing. “The property has seen significant leasing traction since COVID restrictions have been eased.”

In Phoenix, Mesa West provided a Sares Regis Group affiliate with $53 million in first mortgage debt for Level at Sixteenth, a 240-unit apartment property. As part of its investment strategy, Sares Regis plans an extensive remodel of the property, which dates to 2010.

“While in good condition, the property is of slightly older vintage than that of its surrounding competitive set,” said Mesa West Capital Vice President Danielle Duenas, who led the origination team. “Our financing enables the sponsor to implement a capital improvement plan and reposition the asset to compete favorably with newer product, ultimately realizing a net increase in rents.”

In addition to taking out the existing construction loan, proceeds from the five-year floating-rate loan will go toward stabilizing the property. Mesa West Capital Director Josh Westerberg originated the financing. “The northwest Portland submarket is a central commuter suburb that has experienced rapid development over the last decade,” he said. “Slabtown in particular is well located, with many residents either working in the neighborhood or commuting to adjacent downtown Portland for work via public transit.”