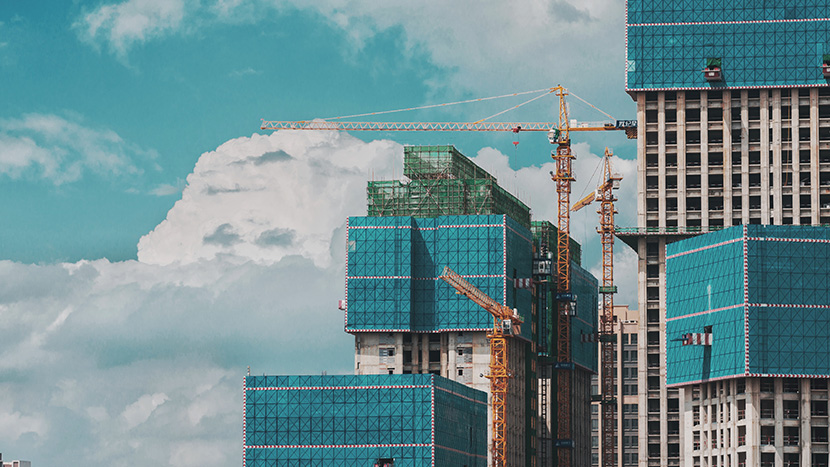 “Material and labor shortages combined with economic uncertainty and the lingering effects of anemic business activity from early in the pandemic further pushed completion dates to later this year and beyond,” said Thomas LaSalvia, Senior Economist with Moody’s Analytics REIS. He noted the multifamily, office and retail sectors each experienced 30-plus percent declines in delivery figures quarter-over-quarter.

The 21,410 apartment units and just more than four million square feet of office space that delivered between April and June represented the lowest apartment and office completion figures since 2013 and the 39,000 square feet of new retail space is the smallest amount recorded in at least 20 years, LaSalvia said.

One upside to the lack of new supply: it likely suppressed negative absorption pressures across all property types, LaSalvia said. “While structural changes regarding how we live, work and shop continue to alter demand, the limited new supply acted to create stability in the market,” he said. “Effective rent increased for the first time in over a year for both the apartment and retail sectors.”

“Market uncertainty throughout 2020 prompted developers to delay or cancel projects [in all three sectors],” LaSalvia said. “Combining this with lingering economic uncertainty and supply shortages resulted in completion figures finishing at some of the lowest levels in recent history. The pullback in supply growth has undoubtedly helped to subdue rent and vacancy stress.”

As projects that have been delayed begin to come online, negative absorption pressure will likely begin to appear, especially for the office and retail sectors, LaSalvia said. “These sectors will continue to be strained by structural changes in how we work and shop, although the expected declines are now likely to be limited in scope. The apartment sector has turned the corner and with completion activity still somewhat stunted due to the pandemic, it is likely we see solid rent growth for that sector during the remainder of the year.”